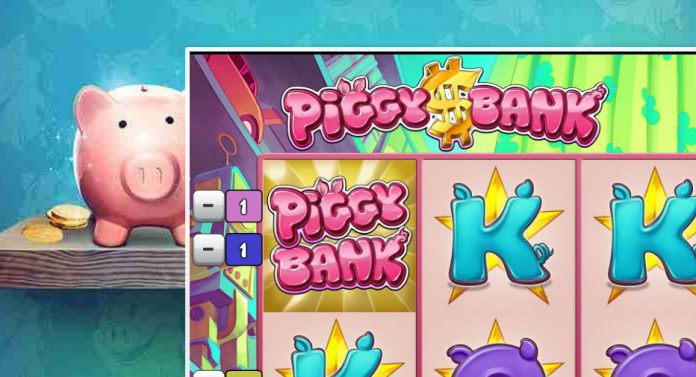 Are you ready to go potty?

Is there a more iconic symbol of a small child saving money than a piggy bank? We thought for all of about one minute and couldn’t think of one.

But did you know that piggy banks weren’t called piggy banks until the 18th century and were originally called either pig pots (cute) or pig jars (ghastly)? Well, you do now.

For kids, they seem like a treat. In reality, they’re an excellent way of indoctrinating young children into the world of adults: save money, spend money, drag your weary frame into work each to earn more money, spend money, rinse, repeat, eventually end up in the ground.

Whoops, that all got a bit morbid quickly. Apologies. Piggy banks should be fun, cheerful things – much like this wonderful little slot from Play’n Go. But is this particular Piggy Bank going to help make you money and, if not, is it going to provide a prime cut of entertainment along the way?

Let’s find out, shall we…

Turn those frowns upside down

This adorable little number clearly doesn’t take itself too seriously. There’s a childlike, cartoony enthusiasm running over three rows, five reels and five paylines and if we were to take a guess the backdrop looks like a kid’s bedroom.

Symbols are of the soft, plump playing card variety complete with tiny piggy ears and sweet curly pig’s tails. These symbols jostle for space with higher-value ones: a toddler’s toy hammer, banknotes, coins, a Piggy Bank logo and the cheeriest looking cartoon pig you’re ever likely to lay your peepers on.

The acoustic backdrop to all this merriment is characteristically sprightly, too – a piano track that sounds as if it’s been lifted from a (since de-commissioned) 1980s upbeat sitcom set in Florida. This, in case you were wondering, is a good thing.

You know that cheery looking pig we mentioned earlier? Look out for him, he’s your friend. He serves as the scatter and of three of these porcine beauties show up on any of the reels at the same time then an instant cash prize is awarded. The best way to get money from a pig? That’s right, smash it. Crack open the pigs on the bonus feature and you could be on the right side of a 125x multiplier.

For more pig-smashing hi-jinks, hit the Pig Trio Bonus where you can bag up to 25x your bet.

Three gold-ringed icons activate the progressive jackpot feature, but only if you’re playing a total bet on each spin of 0.10 or higher. The progressive jackpot is pooled across Play’n Go go machines and can get to eye-watering levels. Granted, it’s not easy to hit the Dream Chance jackpot but, if you do, you’ll be happier than a pig in muck.

Origins. Perhaps. “What is bigger,” those bright sparks over at Net Entertainment must have wondered during a board meeting, “than a fortune? Fortunes are...

Meet Heidi Hands up who wants to be Heidi from Finland? Just a few of you? None of you? Okay, what about if we told...