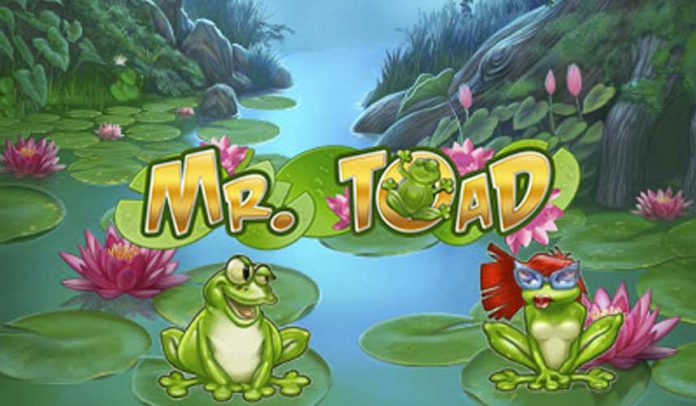 Will playing Mr Toad get you – or your bankroll – high?

Homer Simpson once licked a toad and went on a bonkers hallucinogenic trip. Stories circulated in the 1970s about hippies keeping “toad farms” in order to get high. Cutting edge magazines routinely send their writers on jaunts to South America to find these psychoactive beasts.

But is it a good idea? And is playing Mr Toad a better way of enjoying yourself?

Firstly, no, it’s not a good idea. Those beastly toads can kill you. And as far as playing Mr Toad goes…there are certainly worse ways of spending your time and your bankroll.

We’ll be honest, Mr Toad isn’t going to scoop up too many gongs at the annual Best Graphics in a Slot Machine Awards*. But whilst it isn’t mind blowing to look at, it’s certainly bright, vibrant and light-hearted enough.

It’s straightforward to play, too, certainly much more straightforward than a gruelling 15-hour psychedelic experience. It has just the five paylines, meaning it’s not too taxing for the beginner, with an old school theme.

Symbols are what you might expect from a classic game: lemons, grapes, strawberries and watermelons. Payouts are for combinations of three, four and five symbols running from left to right and right to left. The most handsome payments come from the toads. There’s the slightly lascivious-looking Mr Toad – presumably because of the saucy Mrs Toad who has what looks like red hair, breasts, and matronly glasses. Payments for landing a combination of these run from 50 for three, 80 for four and 150 for five.

All this is accompanied by a low-key, laid back soundtrack. Here the sounds of the pond dominate – ribbiting, birdsong, whistling – rather than anything more stirring and dramatic. For many, this could be a good thing.

Land the Lilypads. Better yet, get those gold rings.

There’s another symbol – the lilypad. If you’re lucky enough to land three of these you’re taking a journey to feature-land – hit four or five lilypads and watch your prize balloon. The feature itself is pretty fun as our friend Mr Toad navigates his way across a series of lilypads that reveal sums of money. Reach the other side intact, and you’ll be smiling. Joy can quickly turn to pain, however, if our toad is stopped by the famed enemy of such amphibians – a hippopotamus.

There’s also a butterfly bonus. If a butterfly lands next to Mr or Mrs Toad on the reels then a tongue shoots out, grabs it, and a bonus is revealed. This could be as high as 10x but is more likely to hover around the 2-5x mark.

Perhaps the greatest pull is that of the rings which is tied into the Play’n Go progressive jackpot. And with many of these things, the more rings the merrier. Hit three gold rings on the reels and you can plump for the Tasty Jackpot or take a trip to the Silver Wheel. Land four gold rings and you can aim for the Luxury Jackpot or hit the Gold Wheel. Five rings is where things could potentially get very interesting – you can spin for cash, the Tasty Jackpot, Luxury Jackpot and or the megabucks Dream Chance Jackpot. As these are linked with other Play’n Go jackpots you could find yourself on the right end of a toadally (apologies) huge amount of cash.

*these awards may or may not exist