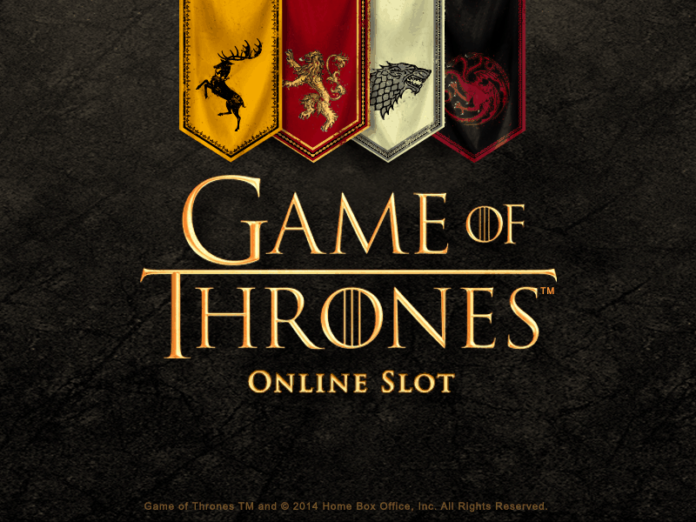 You may well have heard of Game of Thrones…

Apparently there’s a television series swaggering about called Game of Thrones. You may have heard of it. In fact, you have heard of it, everybody’s heard of it. It’s HBO’s biggest, most successful show to date and has countless millions of fans peppered throughout the world.

It is a complex political thriller with swords and boobs and monarchy and death. Lots and lots of death. Also: dragons.

And since the dog-end of 2014 it has been wowing slot machine enthusiasts, too. But should they be wowed or is this just a hastily cobbled together cash-in? Let’s bludgeon our way through it and see, shall we?

Do soaring sounds result in a soaring bank balance?

Microgaming’s Game of Thrones certainly looks the part. It sounds the part, too, with a suitably stirring soundtrack. Gameplay is reasonably straightforward, but the whole thing chugs away nicely. Reels are comprised of traditional lower-value playing card symbols – J,Q,K and A – all in shiny metal. Other symbols are the crests of the families who are the key players in George RR Martin’s behemoth: Baratheon, Lannister, Stark and Tagaryen.

Other icons to keep your peepers on are the Wild (a Game of Thrones symbol) and the scatter symbol, which is the Iron Thorne. Land a couple of these odd-looking beauties and you’ll get an instant cash win.

If you manage to find three however, the free spins feature is activated and that’s when the fun really begins. 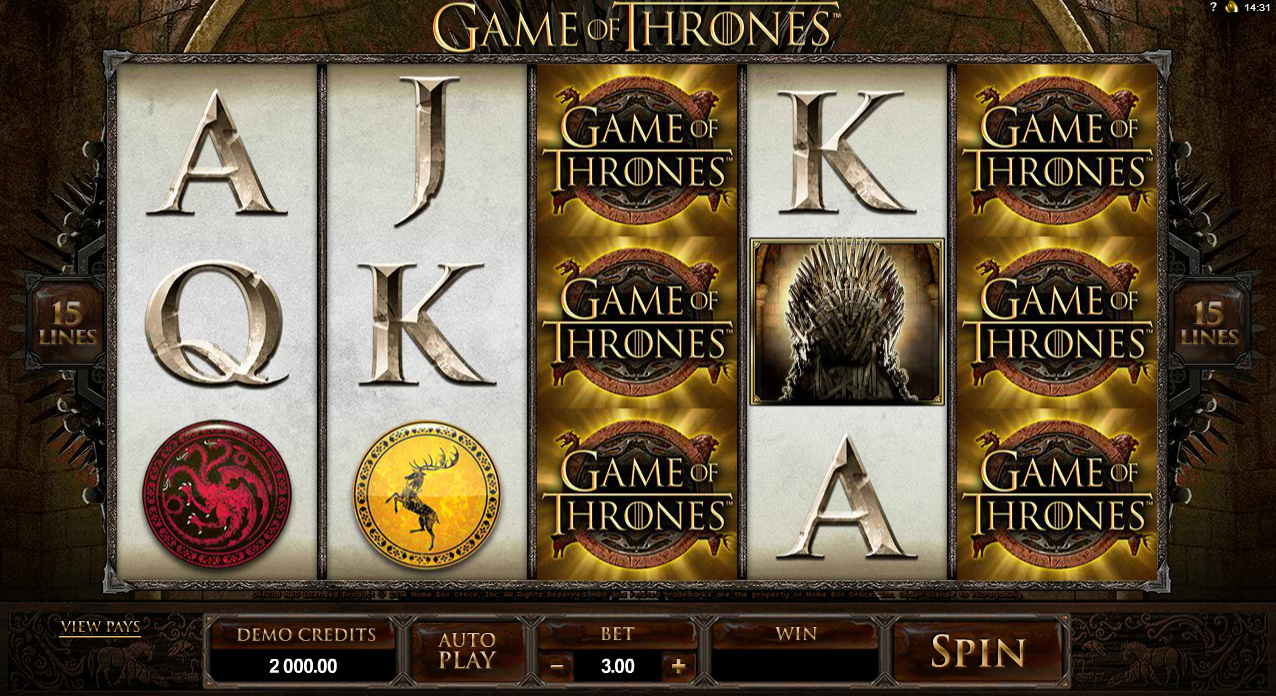 Once you have activated the free spins, you have a choice of four free spin types. According to the official blurb:

“Players can enter the fury of House Baratheon over eight free spins. With a 5x multiplier, this royal free spins feature boasts the highest multiplier of the game, while the Baratheon high symbol is stacked three high throughout the reels.”

“Finally, wins can take flight in the House Targaryen’s feature. Players can soar with the dragons for 18 free spins at a 2x multiplier, whilst stacked Targaryen high symbols swoop past.”

That’s the official Microgaming take. Here at Slotreviews we pride ourselves on insider, enthusiast-driven knowledge and our slot machine guru pals all advise playing the free spins with the House of Baratheon for more resonant wins.

Whilst Game of Thrones isn’t exactly overloaded with features it’s certainly pretty enough, emotional enough and engaging enough. The only decision you’ll have to make, is not whether or not to play it, but whether to play it on the standard 15 payline format of the 243 ways to win format. The latter, unsurprisingly, is a ton more costly and caters for those with bigger bankrolls and stronger hearts.

No Jeff or Dicky, but we do have (the rather boringly named) Owen, Claire, Simon and Nick. Microgaming were the developers behind the predecessor...