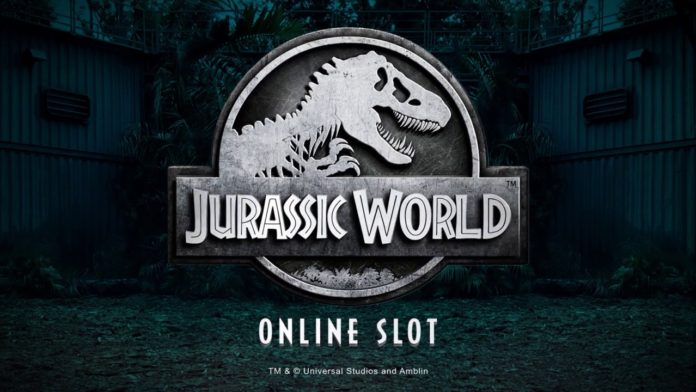 No Jeff or Dicky, but we do have (the rather boringly named) Owen, Claire, Simon and Nick.

Microgaming were the developers behind the predecessor to the Jurassic World slot – Jurassic Park. There, we had Jeff Goldblum being as grinny, likeable and charismatic as ever and Richard Attenborough tending to baby dinosaurs and looking in awe around the park as you notched up mega-wins.

Here, we have a new cast of characters – Owen, Claire, Simon and NIck – who jostle for space on the reels with what you might expect: a handful of dinosaurs who roar and fly and scuttle about and look like they could take your eye out. They’re set over five reels and 243 paylines with the famous – and famously perilous – park as a backdrop. Cost per spin is from 30p to £7.20 a spin.

Jurassic World burst onto cinema screens in 2015, two years before this slot was launched. The film was a mammoth success and enjoyed the second biggest opening weekend ever. Can the slot mimic its cinematic equivalent? Let’s take a closer look… 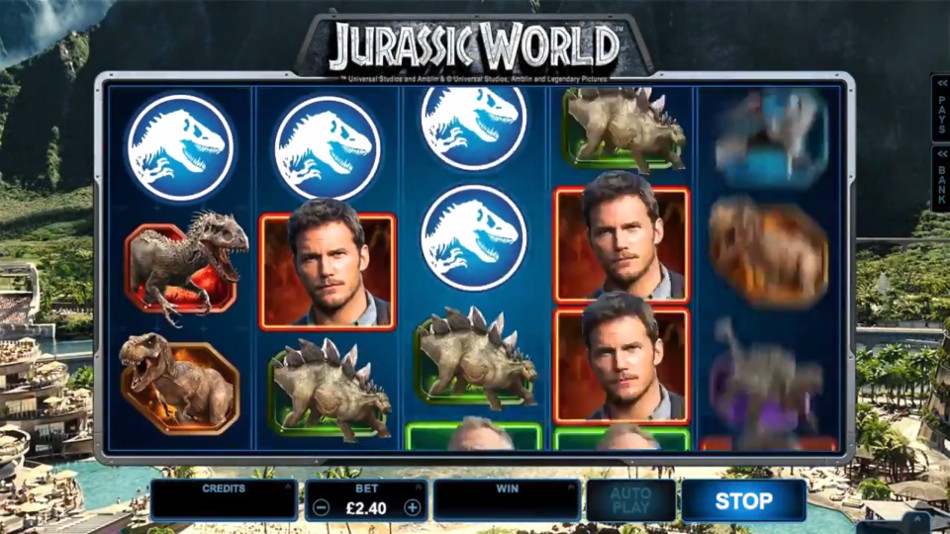 Jurassic World has everything you might expect: nicely-inserted scenes from the films, a soaring soundtrack and plenty of interesting features. Alongside the characters from the film who are the highest-paying symbols and lower-paying symbols of a Pterodactyl, Stegosaurus, Velociraptor and, naturally, a Tyrannosaurus Rex, there is the Wild – the Jurassic Park logo. As the wild it substitutes for all other symbols except for the scatter – in this instance, an amber-encased mosquito. Land two of these on the same spin and watch your wins shoot up.

Oh, and there’s also an Indominus Rex. You’ll like him. He’ll periodically amble across the screen and can multiply your win by up to 1000X. He’s something of a whimsical beast, though, and wins won’t always be multiplied to such giddy heights.

Get yourself into the lab and win big.

They say that good things come in threes and those amber-encased mosquitoes are testament to this. Bink three of them of them anywhere on the reels and you’ll trigger the free spins feature. Free spins take you to either the Gyrosphere Valley (10 free spins with an increasing on non-wins multiplier and that only ends on a win), the Creation Lab (also 10 free spins, with rolling wilds and where Cryo Wilds are active) and Raptor Den (if you’re imagining 10 free spins then you’re a step ahead of us – this time with scatter symbols playing the role of the wild). The features are picked at random until they have been activated 15 times and then the decision, as they say, is yours.

There’s plenty here to keep fans and non-fans of the series entertained. It has an RTP of 94.45% and is a medium variance, maximum enjoyment slot that can be played on the move.

Step back in time... Channelling the spirit of One Thousand and One Nights where the likes of Ali Baba and Aladdin sprung from, this stalwart... 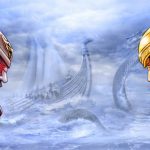