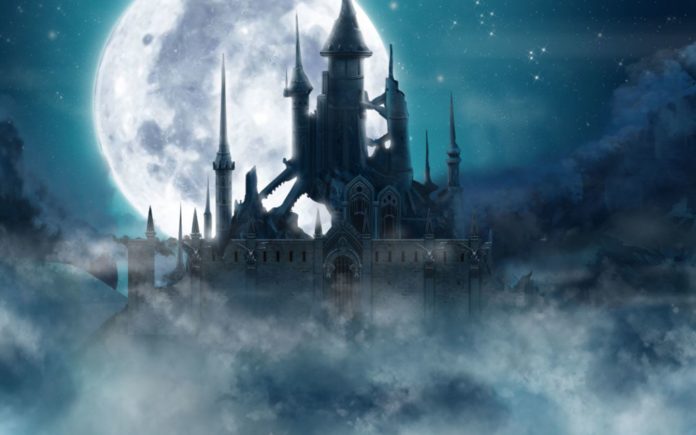 Blood suckers 2 is the unimaginatively-titled follow up, to NetEnt’s Blood Suckers. Released in 2009, Blood Suckers held a certain appeal for gothic horror fans who were fans of both blood and gore and who liked a not-at-all gruesome RTP of 98% – few machines before or since have reached such heady heights.

Blood Suckers 2 shaves a little of its predecessor’s RTP but still swoops in with a respectable 97%. The action takes place over five reels and three rows with 25 paylines and players have been keen to praise the “superb” graphics and coo over the creepy acoustics.

Graphics have indeed been tidied up since the slightly-shabby Blood Suckers and game play is wonderfully smooth. 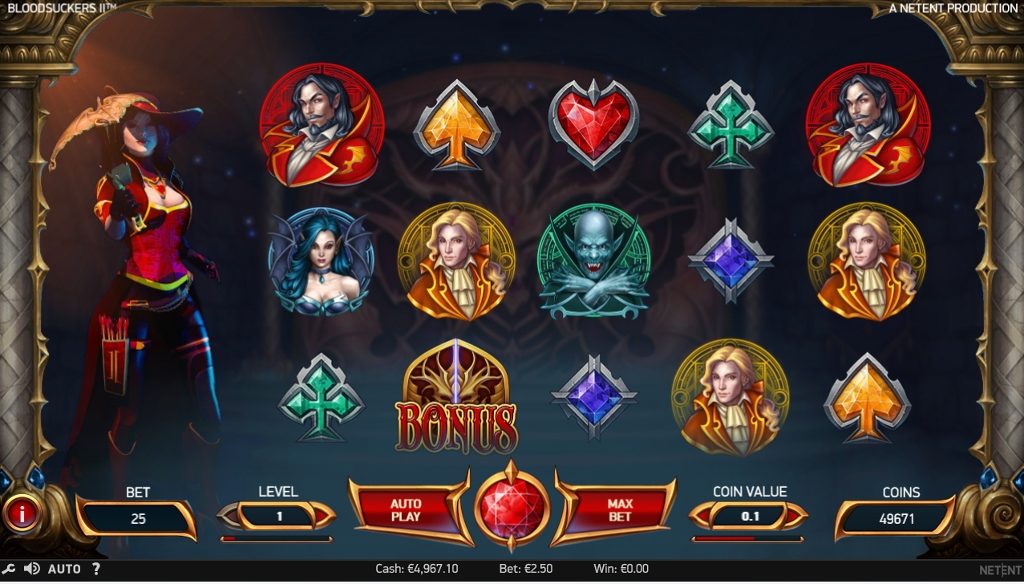 Get your fangs into this…

Our young heroine, the saucily-bodiced Amilia, is on the hunt for hidden treasure. You might expect vampires to be searching for manufacturers of garlic of makers of crosses and then disposing of them in spine-chilling ways or, I don’t know, figuring out ways to blow up the sun. But no, we’re on the hunt for treasure.

The reels are populated with various – and variably regal-looking – vampire hunters (the red one is the highest paying), with playing card suits making up the numbers. The Wild symbol (in this instance, a symbol that says “Wild”) substitutes for all other symbols except for the scatter and bonus and can reward you with a meaty 400X if you’re lucky enough to spin five in a row.

Blood Suckers 2 throws up a couple of fun features. Get three or more scatter symbols anywhere on the reels and you’ll activate the Blood Rose Free Spins feature. You may need to be sitting down for this next bit: The Blood Rose Free Spins feature gives you…free spins. You’ll initially bag 10 of them with a 3X multiplier and can prompt more free spins in the feature by binking more scatters. Each spin can theoretically net up to 1300X, which should keep you in capes and hair pomade for a while.

The Hidden Treasure Bonus is given when three Bonus symbols are landed on three consecutive reels. Four Bonus symbols result in a doubling of your winnings and five triple them. Our advice: try to hit five, rather than three or four. You’re welcome. Then it’s just a matter of picking coffins and chests for cash prizes and winning symbols. Uncover three scatter symbols in this bit and you’ll quickly find yourself on the free spins feature, described above.

Fangs for the memories

This is a high variance game but you won’t be gambling with entertainment as it’s from those bright sparks over at NetEnt who know a thing or two about putting together immersive, well thought out and aesthetically pleasing slots. Blood Suckers 2 is available on various mobile devices, meaning you can play it on the move – both before and after dark.