Joker Millions is one of the earlier (2015) offerings from those clever, inventive folk over at Yggdrasil Gaming. A self-confessed “underdog among giants” they have been making waves and scooping up awards since their inception in 2013 for making immersive, innovative, highly playable games such as Vikings go Wild.

Well, here things have been stripped down a bit.

This slot is unlikely to win any awards for originality – it’s very much in the spirit of the one-armed bandits of old. There are no in-depth, blow-you-away features. No one fights anyone else. The action isn’t taking place on the moon, or the wild west, or on the deck of a luxury yacht. It’s just not that kind of slot.

That’s what Joker Millions doesn’t do. But what it does do it does it very well. Players praise the smoothness, vibrancy and simplicity of the game. Some say they’re perfectly happy with the soundtrack which could have been lifted straight out of a soviet-era supermarket. There are also a lot of fans of the progressive jackpot – more on which later.

It’s a 25 payline, five reel little number where you can play from €0.25 to €25 per spin. And what do you get when you spin? Old school symbols: traditional cherries, bells, watermelons, plums, oranges and lemons dance around here. Your biggest friend is the classic red 7 – land five of these beauties on a win line and be prepared to win 300x your bet.

Champions of wild symbols will be disappointed – there aren’t any. Fans of freeze and re-spin features, however, will be far from disappointed – there are lots. Hit a winning combination and the symbols will lock in place for a re-spin. If another of the winning symbols drops in, get ready for more money and another re-spin. And so on and so forth until the matching cherry, or watermelon, or bell, or whatever it is fails to land. Simple, but this game doesn’t have any pretensions to be avant-garde.

The real star of the show in this natty little number is the cheery Joker scatter symbol. Here’s where things could get very interesting indeed. Manage to bink five of these little fellows wherever you like on the reels and it launches you into the feature – a mystery multiplier where your reward could get as high as 1000x.

Well, it could even get a little higher – and by a little higher, we mean a lot higher. Freeze and re-spins happen when new jokers land on any spin – fill up all five reels with Jokers and the progressive is yours. This doesn’t quite reach the dizzying heights of some progressive jackpots but it’s certainly enough to make you dizzy: it starts at €100,000 and has seen some monster pay outs, including a €3.3 million win for one player a few days before Christmas 2016.

There are plenty of reasons for playing this entertaining, jaunty, compelling little game and the potential to become a millionaire is just one of them. 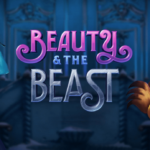